Madison Wells Pty Ltd was formed in 2015 to initially manage two digital brands before expanding into corporate governance advisory services and financial broking supporting Australian businesses. The two managing partners have provided executive management and other services to several international companies for over 30 years each.

Stephen arrived in Australia in 1996 to open a subsidiary for a British software company, Transoft Ltd. With this organisation he managed or opened markets in North Europe, Africa and Asia. After establishing a new office, Stephen then worked with the founders of a local company to help redefine their strategy and sales methodologies for the early eCommerce market in Australia.

Stephen then applied his skills for several US and European companies across the Asia Pacific market. Having worked in sales, consulting and at various levels of management with culturally diverse teams, Stephen decided that it was time to share that knowledge with local businesses. Stephen now advises on how to implement robust corporate and technological governance along with building strong annuity revenue streams.

Stephen is a graduate of the Thames Valley University in the UK, the UNSW Business School and the Australian Institute of Company Directors. He is also an Approved Advisor with The Advisory Board Centre and a Professional Partner with TPPG (The Professional Partner Group).

Stephen is the Convenor of the Motoring Group within the Royal Automobile Club of Australia and has mentored at the Mosman Youth Entrepreneur Hub in association with Generation Entrepreneur. He is also a Non-Executive Director with Road Sense Australia and Macquarie Community College, a five campus college in Sydney.

After a successful design career in print media, Marta relocated from Canada to Australia in 1986 where she worked for several major Australian brands in their media and publications teams. She has provided similar functions for a NSW State Government department and more recently for an aged care charity. As a professional graphic designer, she consults on print production.

Working from her home studio, Marta has also perfected her bridal gown and haute couture illustrations, working for such clients as Modern Wedding Magazine, the Swank Store, Neon Model Management, The Jewellers Association of Australia and Stragier of Belgium.

Marta was the official illustrator for the Australian Bridal Institute Awards in 2017 and has had her work published in national print media.

Find Out More Here …
Recent Articles
Upcoming WebinarsBook now for one of our webinars! 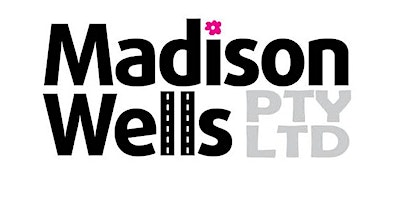